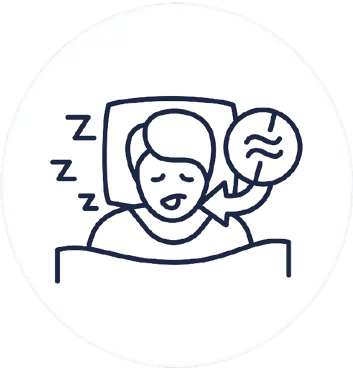 Sleep Apnea is one of the most commonly occurring sleep disorders affecting both children and adults. A person suffering from sleep apnea has abnormal breathing during their sleep. They stop repeatedly breathing during their sleep, resulting in the body and brain not getting enough oxygen. When they restart breathing, they may snort or awaken completely with gasping, smothering, or choking sensations. If left untreated, sleep apnea may cause health issues such as hypertension, stroke, heart failure, and diabetes.

What are the symptoms of Sleep Apnea?

What are the three kinds of Sleep Apnea?

What is the role of dentistry in treating Sleep Apnea?

Dentists play a valuable role in treating Sleep Apnea. A person diagnosed with sleep apnea can consult a dentist and learn of the various options available to treat the same. Your dentist may recommend an oral appliance. These appliances can help ease mild to moderate sleep apnea symptoms.

The oral device looks and functions are similar to a mouth-guard. When a patient wears it during sleep, the device helps in preventing the obstruction of the airway. It is created to hold the lower jaw forward during sleep. This shifting of the jaw moves the tongue away from the back of the throat, reducing the risk of obstruction. A dentist can help fabricate, fit, adjust, monitor, and treat oral appliance treatment complications. This remedy based on scientific evidence should be first undergone before moving onto more complex procedures. Surgery should be the last option.

Call us at West Valley Natural Dentistry or schedule an online appointment to know more about Sleep Apnea.

Thank you for Submitting your request. Our Office will get back to you.